Montreal’s economy is doing well, the real-estate market is hot, the artificial intelligence sector is booming alongside gaming, higher education and innovation. And now, the Toronto-based venture capital firm Highline Beta has opened a new Montreal location to add to its offices in Vancouver and New York.

MIKE: What made you think it was the right time to open in Montreal?

MARCUS: Well, a lot of the demand that’s in the marketplace. We were recipients from the government’s VCCI program, the Venture Capital Catalyst Initiative, for our unique venture capital fund – and there’s an opportunity to have more innovation headquarters in Quebec.

MIKE: There’s excitement surrounding Montreal’s economy, is that something you share?

MARCUS: Definitely, that’s not only something I share, it’s something we’re seeing. We work with fortune 1000 companies globally, there’s deep interest in the Montreal ecosystem, not just in the traditional headlines of AI and advanced manufacturing, but really trying to connect into the start-up ecosystem and other innovation labs in diverse industries.

MIKE: Can you explain how your model works, and what sort of things you’ll be doing on the ground in Montreal?

MARCUS: Absolutely. First, we work with large corporations to identify new areas of growth beyond their core business. Then we create programs – sometimes wrapped as an accelerator, other times looking at very specific challenge areas that we can help partner start-ups in. As a venture capital fund with a strong and diverse team, we look at start-ups right across the country, but specifically in areas that matter to our corporate partners. We’re working with over 10 companies globally right now, and looking to add to that roster.

MARCUS: We focus specifically on venture back-able start-ups. Some of our areas of interest have to be anchored around a challenge of growth, usually leveraging some sort of technology. It’s typically focussed on changing industries outside in the commercial marketplace. For instance, looking at areas of sustainability – it doesn’t have to be related to the core business, but what about the ecosystem around it? That’s what makes Montreal such an attractive place, specifically to spend more time and establish an office here.

MIKE: What sort of other promising features does Montreal have that maybe aren’t as talked about?

MARCUS: We know it’s a cultural capital, and we think about the cross section between industries. You can’t over emphasise the level of talent that exists here in specifically niche areas, and also, the multiculturalism. There’s something really special about the French language. One of the opportunities that comes from working with global corporations is tapping into the labour force and hopefully building innovation here that serves global markets, specifically the francophone market.

MIKE: Is there an opportunity for Montreal to become more of a gateway to the global francophone economy?

MARCUS: Absolutely, I think it has that inherent DNA already. But really, what’s important is having that interface, and that’s one of the things that we bring to the table. Effectively, trying to be a universal translator between large global corporations and technology start-ups, specifically at the pre-seed/seed stage. We’ll invest up to $300,000 into a start-up, typically taking the most risk at the earliest stages, but then also try to find the right way to partner them in. Imagine a Montreal-based start-up who just raised a bit of capital. How do they connect into Kraft’s global headquarters, how do they navigate that? Our programs help with that specifically.

MARCUS: The first check, is can you convince somebody to do this with you? We never invest in individuals, we invest in founding teams. We look at technical and diverse founding teams, ideally there’s somebody who can build a product, somebody who can sell the product, and they have some design sensibilities. Can they build, execute and put something into the market in front of users? Big vision venture capital is a small percentage of dollars that go into start-ups. It’s a very niche component, but it has the opportunity to have exponential effects, and that’s why it’s so important to have an innovation headquarters here in Montreal.

MIKE: How big is a venture team? Do you have any examples of anything you’ve started?

MARCUS: A start-up team at this stage is typically less than 5 people. We’ve made some investments already that we’ll be announcing next month. Our model works in two ways. One is how we partner start-ups into corporations, which we can invest the $300,000 to start, with follow-on capital from there. Then there’s also a model where we find a solo entrepreneur, who doesn’t have a team, and we see a new area of opportunity – that’s the venture creation model. So we effectively create a new start-up on the outside and empower that founder to build a company that solves an industry problem.

MIKE: Is there a profile of a start-up or a type of person who manages to succeed in getting funding together?

MARCUS: Our model moves a bit further away from the classic young entrepreneur. It tends to be entrepreneurs that have already tried starting a business before, maybe have a few scars, and are now looking for a partner to co-develop a new venture. We actually go after a slightly more mature entrepreneur – somebody who has an appreciation for, or maybe had a corporate job previously, and really understands a certain pain point within an industry. Domain level expertise is really important. That seems to be the profile that we’re more focussed on.

MIKE: Expansion is always a decision that a company takes advisedly. Were there any risks against opening an office in Montreal?

MARCUS: We’ve known the Montreal start-up ecosystem for quite a long time. We’ve been involved in the Start-up Festival in the summer, pretty much from its inception. I like to always measure risk vs. opportunity. Where some people see a lot of risk, typically that means there’s a lot of opportunity if you focus. Montreal has a lot of unique qualities to bring to the table. It’s the same reason why we’re so excited to have somebody like Sebastian Boisjoly as our leader on the ground. He’s known in the Quebec venture capital community, which helps us get really connected into not just the start-up community, but also institutional co-investors.

MIKE: What is Montreal doing right, that it needs to keep doing?

MARCUS: I’ve seen a huge investment into the start-up community over the last decade. There are some great venture capital firms based here. The ecosystem is quite open and very collaborative, and that’s one of the reasons why we were very attracted to be here. We feel there are a lot of partners on the ground, we can bring something unique to the ecosystem and global corporations are getting a look-in. I think they’ve really fostered a level of openness.

MIKE: If someone thinks they have a venture that might be of interest to you, what do they do?

MARCUS: On HighlineBeta.com we list various programs and specific challenge areas, and if they see a fit, there’s a great application process there.

Want to listen to the full conversation? You can find it right here: https://www.cbc.ca/listen/live-radio/1-15-daybreak-montreal 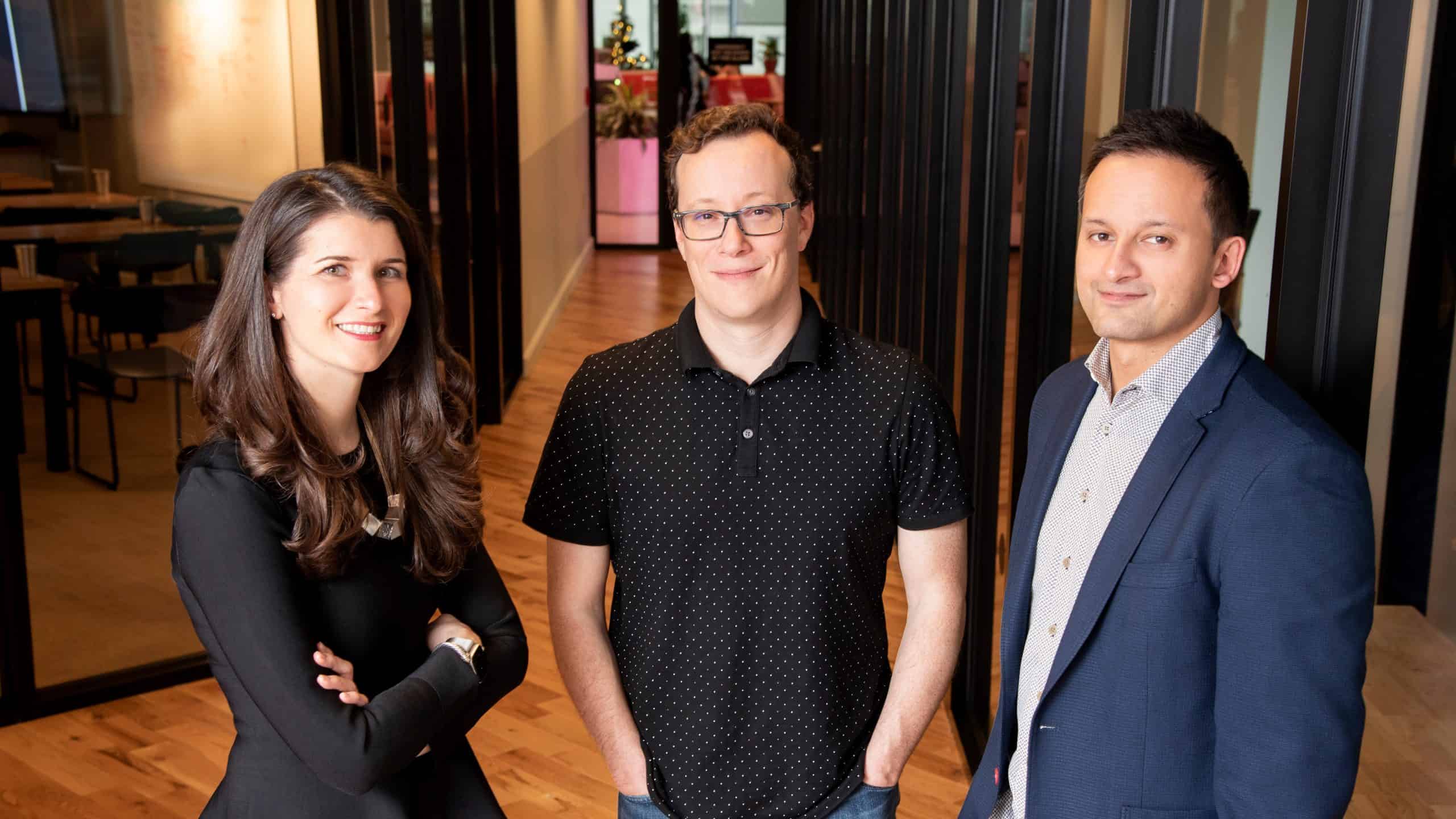