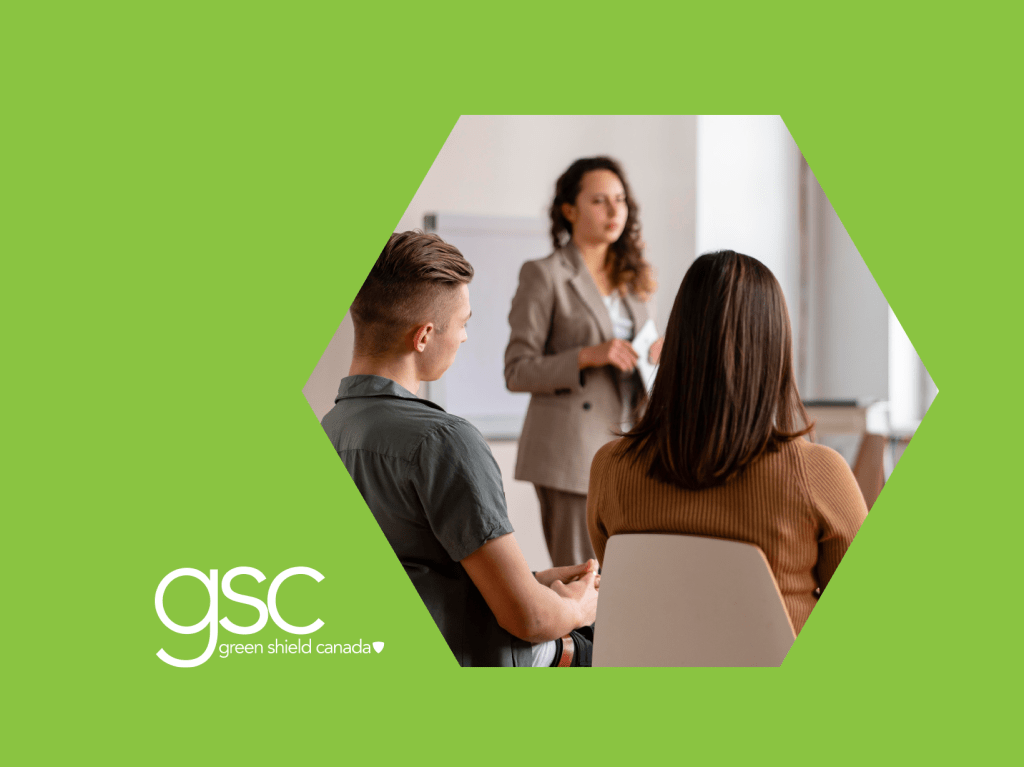 Opportunity: Expansion into a new vertical

Green Shield Canada (GSC) is a social enterprise providing healthcare, vision, and travel benefits for individuals, groups, and organizations. GSC was founded in 1957 in Windsor, Ontario, with a focus on evidence-based treatments, preventative care, and claims management.

An ambitious and creative source of ideas, GSC had trouble turning theory into practice. They brought in Highline Beta to help build a mental health product, only to be guided toward reevaluating and reinventing their own innovation process. Ultimately, Green Shield Canada came to Highline Beta with a vague idea, and left with the right one.

Green Shield Canada recognized the challenge of coming up with new ideas and inspiration that did not lead to successful commercialization. To bring a viable idea successfully to market, they hired Highline Beta.

At this point, GSC had a few core ideas for spaces to investigate, the most promising of which was mental health. “We were armed with a kernel of an idea in the mental health space,” says Joe Blomeley, Executive Vice President, Individual, Public Sector and Mental Health at Green Shield Canada. “We began digging around a little bit and thought we could do better.” Specifically, they wanted to ensure what they developed would improve their health plans for members.

Blomeley had specific parameters in mind when seeking a partner to solve GSC’s innovation problem. “It was important to work with smart folks who understand a business problem and could help us get to a meaningful solution that will put our organization forward.”

“I have a background in consulting,” says Blomeley.

Highline Beta strikes a very delicate balance not a lot of consultants can between being very business-focused and commercially oriented, but with a strong, creative, innovative, lean startup mentality. We hadn’t come across a lot of firms that were marrying those two pieces together.

Blomeley and his team were immediately impressed with the imagination and candor of the strategists at Highline Beta.

They were good people, smart people, thinking creatively. Their value proposition is the way they work and their cool approach to validating real market problems.

As outsiders to the healthcare industry, with a pragmatic discovery and validation process as well as deep collaboration experience, Highline Beta could approach a healthcare product with clear eyes and provide invaluable insights.

Highline Beta immediately set about creating a comprehensive report on GSC’s operations and approach. “They really did a great job honing in on three different elements:” says Blomeley. “One was validating a market need for the idea. Then they went a level deeper and began to prototype use cases.”

Highline Beta not only confirmed that mental health made an ideal space for GSC’s expansion, but validated the opportunity further through in-market testing. According to Blomeley, “They really thought through the key features of a complete offering.”

Highline Beta spun GSC’s kernel of an idea out into a prototype, manifesting the company’s vision before their eyes. They showed GSC leaders what gaps the product had to fill to be impactful, and how it could be built. Highline Beta even performed customer validation on the proposed product to prove it could succeed in the market.

And then Highline Beta told Green Shield Canada not to build the product, at least not in the way they first envisioned. That doing so from scratch was not feasible.

The Highline Beta team was quite blunt in its assessment of what success would require, in terms of the investment, the number of developers needed, how long it would take. It scared us a little bit, and it was a bit of an eye opening moment to realize we can’t just do this project off to one side and hire one person part-time — this was a full-blown product that would require a full team.

Instead of insisting Green Shield Canada build an unfeasible product, Highline Beta set out a strategy that would reshape GSC’s approach to innovation and expansion. Blomeley and his team found these guidelines “extremely valuable — a roadmap on what it would take to launch successfully.”

Green Shield Canada applied this roadmap at once to develop a new and actionable plan that suited their structure as a company. Rather than start from square one, they purchased two promising companies in the mental health vertical. “We acquired a company called Inkblot, which does on-demand digital therapy; and Tranquility, which provides internet-based cognitive behavioral therapy,” says Blomeley.

Today GSC is developing strategies to combine these acquisitions into an industry leading mental health offering. “We’re thinking about how to bring those two assets together to make an amazing plan member experience.”

Blomeley says Highline Beta “gave us the blueprint — laid out what it would take to move forward.” Highline Beta’s hard work informed the strategic direction of the organization. “Ultimately the products, features, and offerings coming from our mental health line of business were defined by Highline Beta and are pivotal for the future of our business.”

This relationship had a profound effect on how Green Shield Canada approaches innovation and marketing. According to Blomeley, working with Highline Beta, “really informed the strategic direction of our organization and the ultimate sort of product and features and offerings we want coming out of our mental health product. Highline Beta gave us the creative juice to help solidify our complete strategic roadmap in mental health, a critical step toward achieving our overall plan, commercial goals, and even our social enterprise goals.”

“The problem we were trying to solve was universal,” says Blomeley. “How do we grab a customer’s attention? How do we bring them in? What are elements of an offering that would keep them engaged, keep them excited, and ensure a great user experience? That’s industry agnostic. Highline Beta showed us how to solve those problems in other ways than how it’s always been done in our field. That’s the spirit in which we felt comfortable moving forward with Highline Beta.”

As much as we love a good case study, they never tell the whole story.
Why not get in touch and have a conversation with us about the challenges you are up against? Chances are we’ve either been there, or have a parallel experience that might just be the catalyst you are looking for.