Venture studios exist to build and fund startups. They’ve existed for a long time, in one form or another, with a variety of names. Bill Gross launched idealab in 1996 when the Web was just coming into existence. It was the first incubator (they didn’t use the term “venture studio” back then), which provided founders with a myriad of services to help them build new companies. Quite a few, very successful dot com companies came out of idealab.

The venture studio model has seen plenty of success. Snowflake, which recently IPO’d and now has a $90B market cap came out of a venture studio-like experience. Betaworks, a pioneer in the space, has had a hand in building a number of successful consumer startups including bitly, digg, GIPHY and more. And Science Inc. helped build and fund Dollar Shave Club which exited to Unilever for $1B.

There are a host of incubators / startup studios / venture studios that have emerged over the years, all with a slightly different approach to how they build startups. You’ll find a mixture of services and capabilities including: capital, workspace, shared resources (i.e. legal, accounting, back office, etc.), domain expertise, access to a network and more. It’s not necessarily easy to compare these companies and their models because they really do offer different things. They also take different amounts of equity.

The venture studio model has emerged from incubators, accelerators and startup studios, in an effort to accelerate the very earliest stages of company creation. If you’ve ever started a company from an initial idea, you know how hard it is to do. You have to go into the market and validate the problem, build an initial minimum viable product (MVP), get early adopter customers, create a brand, hire people, raise capital, prove you’ve got the right solution, iterate constantly and so on. For a small founding team the task is incredibly hard; for solo founders it’s nearly impossible. From idea to validation to market testing is a painful, oftentimes slow and messy process. Venture studios are there to speed everything up.

Greg Boutin, CEO of Relay, a startup we spun out of our Venture Studio in partnership with American Family said, “Highline Beta’s venture studio model accelerated our growth by 1-2 years. We had a Fortune 500 corporate partner from day one, an investor in Highline Beta, a team of 5 people, an office and a ton of support that allowed me to focus on the business.”

Startups have to move faster than their bigger, legacy competition to win. But at the same time, speed-at-all-costs kills. Building a startup shouldn’t feel like you’re a headless chicken running around insanely. It’s chaotic, but not completely so. We think of this as controlled chaos.

Our focus within Highline Beta’s Venture Studio is to move fast, but in a guided and methodical way. We use principles of Lean Startup, Design Thinking and Jobs to be Done to make sure we’re identifying the riskiest assumptions and validating them before moving forward. We don’t follow a super rigorous methodology, but we know where the guardrails are, and help founders move forward in a logical way. It’s easy for founders to feel overwhelmed, which increases the sense of chaos–a venture studio needs to provide the right framework, guiding principles and approaches to reduce chaos.

Getting to Problem-Solution fit

Venture studios are designed to provide active resources that are dedicated to helping founders build their businesses. Some of this is focused on the operational side of things (i.e. legal, accounting, etc.) While those things are important, they’re not going to make or break a startup’s ability to solve a real problem in-market. The real value of a venture studio is helping get to problem-solution fit as quickly as possible.

At Highline Beta, we look for founders that have ideas or areas of interest they want to focus on. Perhaps they’ve already identified a problem they believe is worth solving and have some ideas on how to solve it. But they’re still at an extremely early stage (in fact, they’re pre-incorporation.)

Our job is to help you, as a founder, validate your idea/problem/opportunity area and then build an MVP and get to market. The sooner you get to market, the sooner you’ll really start to learn if you’re onto something.

Ultimately, the goal is to get to Problem-Solution Fit, which is the stage where you’ve built a solution to a problem that creates value for the user/customer. Product-Market Fit comes later (when you’ve figured out how to reach more customers, build a financially interesting business, and truly prove the potential for scale.) Initially, it’s all about Problem-Solution Fit, and it’s going to take several (many?) iterations of your MVP to get there.

Venture Studios need builders on their team that are able to work closely with founders to ship early products into the market and test quickly. BTW, this doesn’t mean we won’t work with technical founders simply because they can already build software. Venture-backable, scalable startups aren’t built by individuals–we are in effect your co-founders for the creation of your company, and fill in gaps around product, design, development, marketing/growth, etc.

Co-founders care more than anyone else

Many accelerators, incubators and even venture capital firms take a “spray and pray” approach to investing in startups. There’s nothing wrong with the model, but it usually means you as a founder don’t get the hands-on support that you need to start and build your company. Co-founders on the other hand are obsessed with your business. And they’re not co-founding a bunch of different things at the same time–they’re focused on you.

We see ourselves, in the Venture Studio, as co-founders. We may be working on a couple things at the same time, but we have a team that’s dedicated to accelerating your pathway to company creation and growth. As co-founders we’re obsessed with figuring out how to build a venture-backable, successful startup and providing you with anything we can to help. We’re not hired guns, we’re right alongside you for the journey.

Over time, as you get an MVP out the door and closer to problem-solution fit, we replace ourselves with people that are going to join your company. We help you recruit and hire the right people to put you in a position to win. We don’t cut the cord and walk away, we transition with purpose, making sure that your newly formed team is ready to kick ass.

It’s not what you know, it’s who you know

OK, what you know is pretty important too, but a huge part of startup success is getting access to the right people, whether it’s talent, clients, partners or more. Many venture studios offer access to important people networks. And because they’re working very closely with you, as pseudo co-founders, they’re going to connect you to those networks in a more effective way than a simple email introduction.

At Highline Beta, we’ve built our entire business on the thesis that we can do a better job of connecting big corporates and startups. We help Fortune 1000 companies identify and pursue areas of opportunity beyond their core business. And then we help them realize those opportunities through internal and external innovation. When it comes to external innovation, it’s all about partnering them with startups that can help accelerate their objectives, or building new companies from scratch through our Venture Studio.

Big companies have assets that little companies do not, including customers, distribution, capital, data and more. Our Venture Studio works with founders to find the right corporate partners to unlock those assets and scale faster. This isn’t just about making introductions, it’s about figuring out the right corporate partner for each startup, and working closely to build the relationships and create value.

Some venture studios or other models (startup studios, etc.) will take equity in exchange for services (“sweat equity”), but at the end of the day, startups need capital.

Highline Beta’s Venture Studio invests $100k+ at the point of incorporation (when we’re forming the new company with you), in order to cover the initial 6-9 months of expenses. This comes with additional money spent on “infrastructure” (back-office services, etc.)

Once your startup gets to a point where it’s venture fundable, Highline Beta’s Venture Fund is there to co-lead your pre-seed/seed round, which means you’ve got institutional venture capital support at a very early stage. Fundamentally this should make raising a pre-seed/seed round easier, which again is all about accelerating the startup creation and growth journey.

Typically it takes 3-6 months to raise a financing round, and requires that you pitch dozens of investors (if not more!) Coming out of the venture studio, with our support as an initial investor, this process should be faster and more successful. And this generally accelerates moving from pre-seed to seed as well. Previously at HIGHLINE VC, Marcus and Lauren were able to help more than 80% of their pre-seed startups get to an institutional seed round by tier 1 VCs, and this experience & network are now a part of how we operate the venture studio.

It takes a village…

Building a startup is incredibly hard. Failure is the default. We believe the venture studio model can reduce failures and increase the likelihood of success. It does so by providing the right framework, tools, talent and capital to build startups faster and better.
The venture studio model isn’t for everyone, and that’s fine. It turns out there are many ways to build successful businesses (and there’s no guaranteed formula for success!) But if you’re a single founder with an idea, and you see the benefit of surrounding yourself with people that will work day and night to help you realize your dream, who have the skills and expertise and capital to support you, then the venture studio model (including Highline Beta’s where we’re actively recruiting founders!) may be exactly what you need. We engaged one of our corporate partners to help evaluate the opportunity we saw in the market. And after months of research and validation, alongside our team, Moselle was born. Today, Moselle is live offering trade businesses easy-to-use trade financing and currency exchange services. 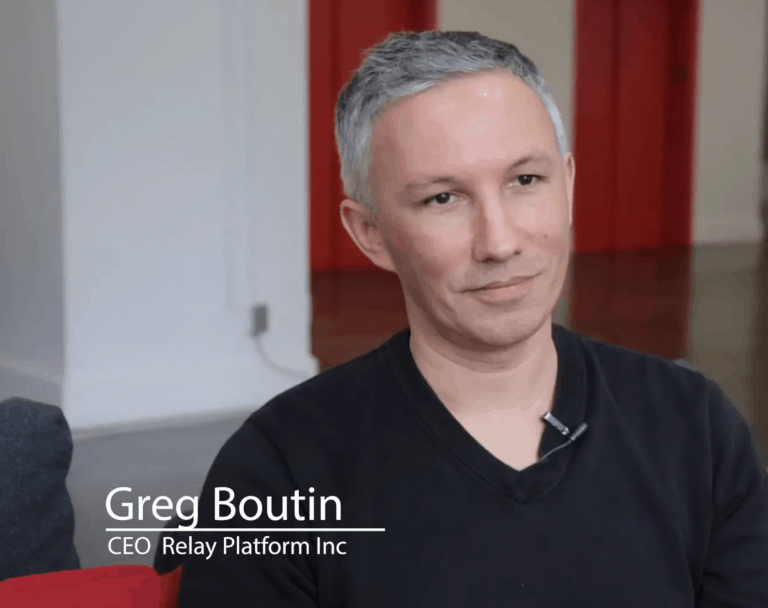 Be the first to hear about innovation journeys inside large organizations like Citi, Morneau Shepell, Bell, RBC, AB InBev, and more.